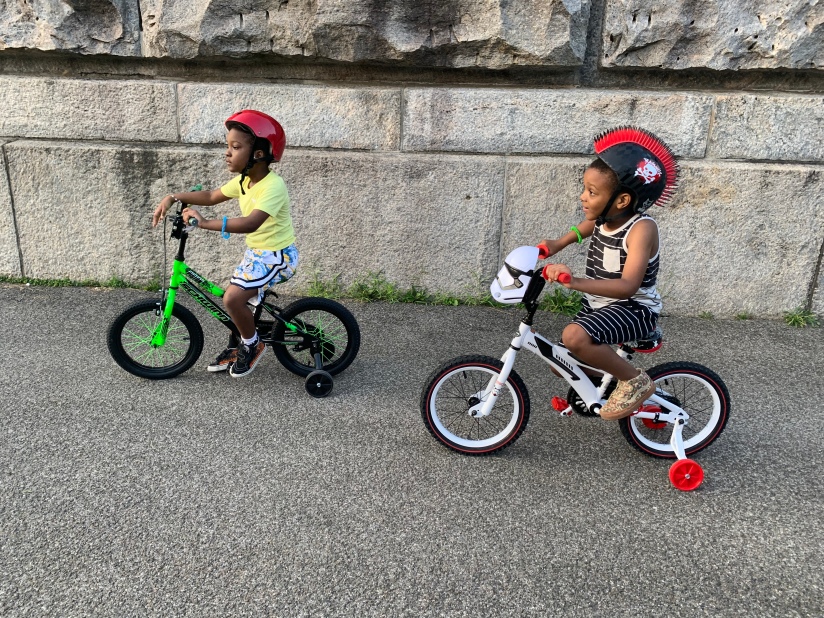 Summer vacation has been nothing short of enjoyment. We took on so many local adventures and similar exploration that we have yet to be disappointed with all our findings. New York is full of historical gems, a diverse culture, and people who are raw and multifaceted among their many talents. My boys are no strangers to diversity and with the idea of equality for all, there is no better time and place to introduce them to such. To date the boys have quenched their thirst boy at a corner cafe on the corner of Brown and South Division street in Downtown Peekskill where the bottled water became a life saving measure in New Yorks heatwave and the orange juice didn’t meet khalebs satisfaction because somehow it’s against his will to enjoy anything that is natural, he is the twin who prefers artificially flavored products. Anyway, for the first time the boys experienced sitting outside at the ever so chic red tables, while watching the almost non existence traffic go by. 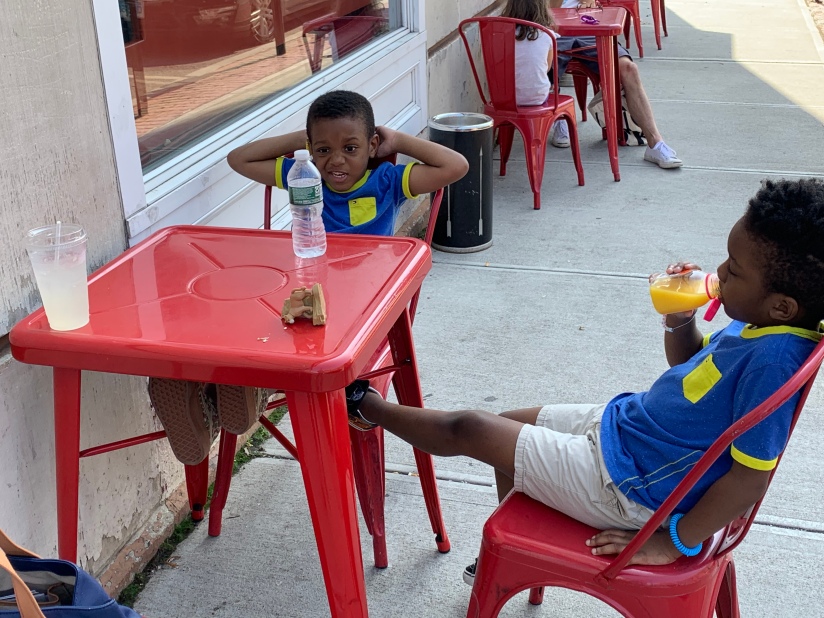 As we waited for my daughter to rehearse for her play in the Paramount theatber. We were held up in a town that holds so much historical valu my daughter was rehearsing for her upcoming performance of the off broadway production of The Addams Family, we took the unfamiliarity of a desolate town with minor traff. Days Prior to us invading the upstate town we were 45 miles away in New York City where we were trying to maneuver in NYC traffic where this town could neither be compressor contrasted. This was small town USA, I doubt heavy traffic existed here. 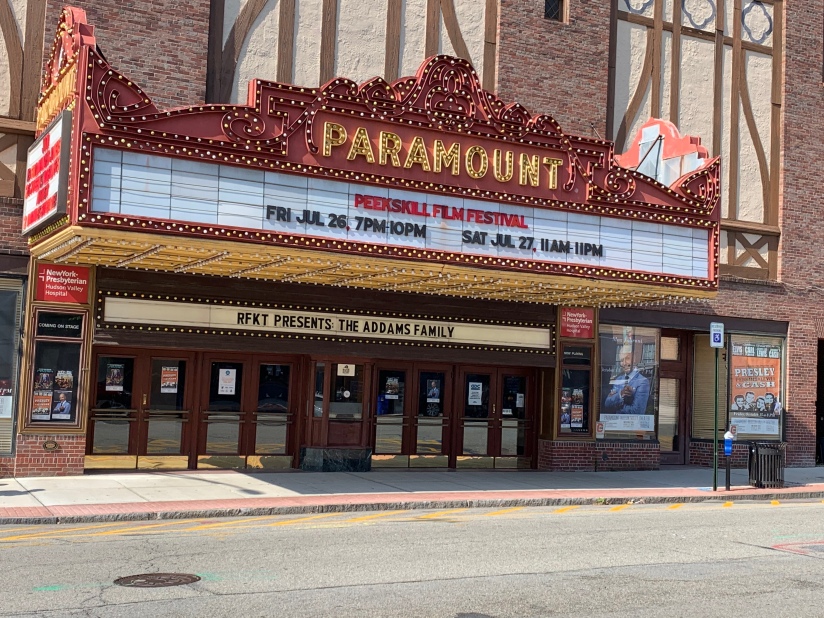 Madison square Park was filled with children, tourist, activities, and quite the summer fun. Which I found to be interesting that here we are in a city with so much going on but in one town I was looking over my shoulder for “Freddy Kruger or Jasón” simply because the resemblance of their make believe towns look similar. The Townspeople seems non-existent and too quiet for the mid-afternoon traffic. While forty-five miles northeast of the town seems like a World away filled with traffic, everyone in a rush to get to nowhere and the noise of all the summer excitement has seemingly taken flight in this particular area. 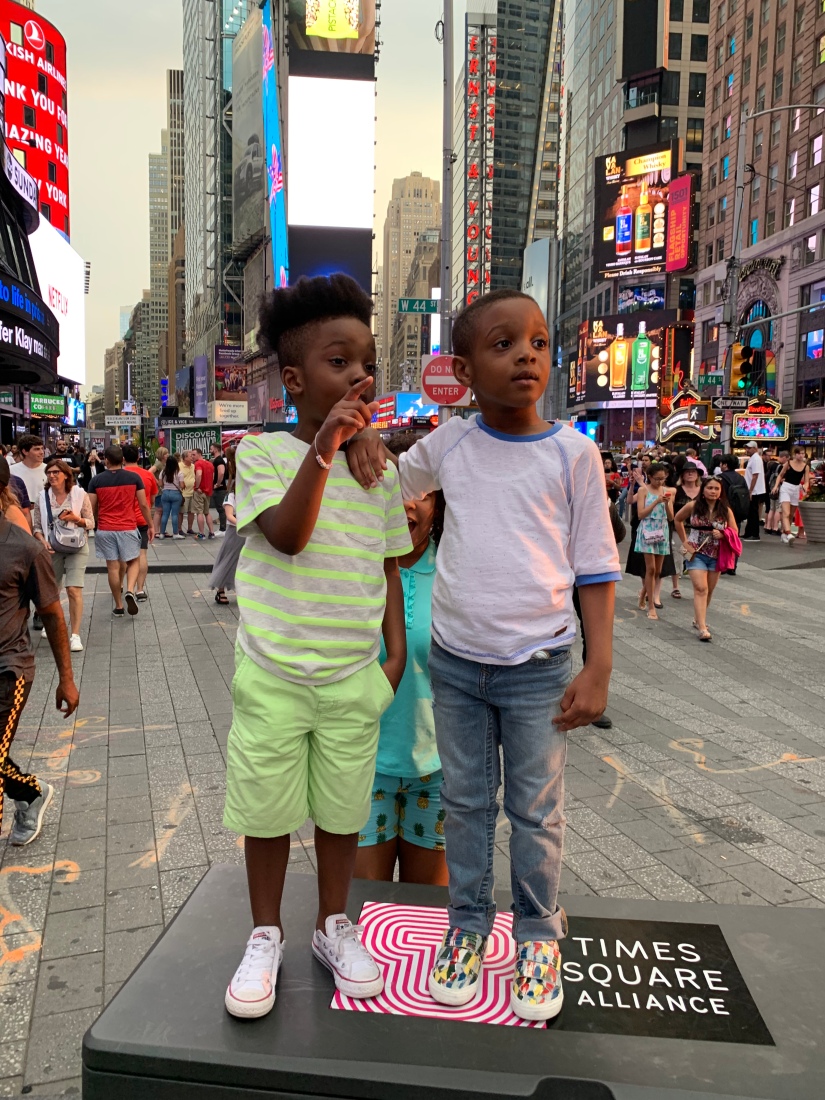 New York is a state of unpredictability, the people, the activities, and the fun. There is something for everyone here and what better place to take my children to explore than the state they call home. Teaching them first, hand what life is all about from the cobblestone roads of Greenwich Village, the rampant movements of Time Square to the strange occurrences of taking off their sneakers to throd lightly In the Hudson River at the Riverwalk park in Peekskill, we have and will continue this hands-on approach to life. 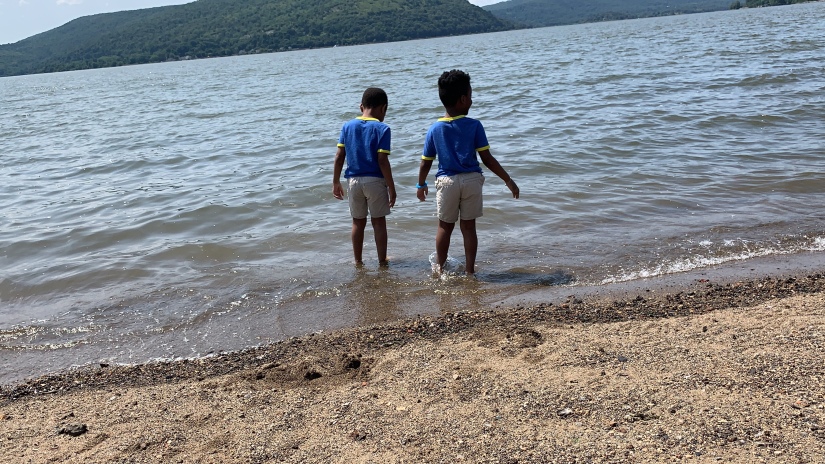 When dusk begins to settle, the boys have become weary not even their curiosity of the fireflies can keep them at bay. One says their coming to get us and the other begins to run, as if the firefly somehow has legs and is chasing him specifically. The idea is to give my children real life experiences, that they can interpret based on their perspective, kinda like giving them the iPad and allowing the teach themselves only this is my way of taking their life back from the confines of gadgets and technology. I don’t want their narrative to hint at the fact that because they are from a single-parent home their story is predictable, and that this life was kind to them because they were taught by influence around them and not their parent. No! They have the tales to tell a story, how they choose to tell it is up to them. As their energy level far exceeds me at time, I have and will continue to give them my undivided attention always.even when work tends to submerge me I wall always be willing to go on a adventure with them.

So many excuses, so little time in a day, and not enough ears to whisper my tales. Instead! I will write until someone understands my point of view. If you invite me to your party and I​ attend willfully know you are a friend and I fancy you. View all posts by 4siblingsandalady